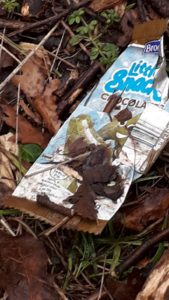 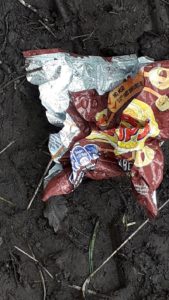 noticed the “rubbish” that was in the woods – the stuff that shouldn’t be there – so our “conservation” concentrated on that. Most of it was blown in plastic wrappers but also some wet wipes probably left by a passing MAMIL (thanks for that!).

Some of the rubbish we found was much more interesting –  bottles started to appear – almost emerging from the earth – and they were old. 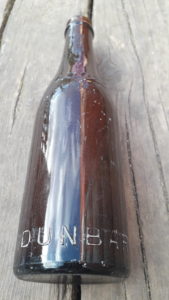 A dudgeon bottle was an old beer bottle from what is now called Belhaven Brewery in Dunbar – from this we learnt that John Muir was born in Dunbar. 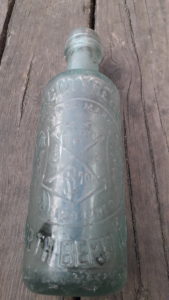 In 1892, John Muir and other supporters formed the Sierra Club “to make the mountains glad.” John Muir was the Club’s first president, an office he held until his death in 1914. Muir’s Sierra Club has gone on to help establish a series of new National Parks and a National Wilderness Preservation System.

The Sierra Club was the starting point of Friends of the Earth – It started with John Muir.

and the linked  song tells us much about John Muir:-

Who developed many arts

When he left the old country

His apprenticeship was long

And his love of nature strong

Nows the the time to sing

There he wandered through the wild

With the wonder of a child

In many different ways…

His message it is clear

We must handle her with care

Every flower every tree

Every living thing you see

Are fragments in a tapestry

His message is profound

In one circle we go round

Every glacier and lake

Up into the Arctic Sea

His message it is plain

Such riches must remain

A guid friend tae the planet

Through all his years

With vision he was fired

Many people he inspired

A man who earned his fame

Many places bear his name

to the far shores of America

He blazed a worthy trail

His wisdoms must prevail

You can hear the song   http://www.alisonmcmorland.com/player.asp 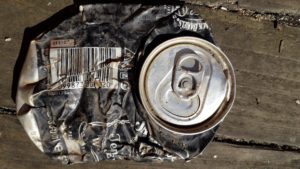 …his writings about this journey suggest an awakening to the bigger picture in Nature.

There is not a fragment in all nature, for every relative fragment of one thing is a full harmonious unit in itself. All together form the one grand palimpsest of the world.

You bathe in these spirit-beams, turning round and round, as if warming at a camp-fire. Presently you lose consciousness of your own separate existence: you blend with the landscape, and become part and parcel of nature.

The poet was mistaken when he said, “From the wing no scar the sky sustains.” His eyes were simply too dim to see the scar.

I love the fact that this deeply enlightened man also liked a party. This story is from when he was snowbound in Yosemite in 1872

In striking contrast with these diminutive wranglings are the broad, loving harmonies of our whisky soirees of which about seven are held weekly.

Each of the two bars now open has its own particular friends and patrons, but neither between dealers nor patrons does there exist the faintest trace of opposition or jealousy. This dealer A gathers up his patrons and repairs to the whisky of B which, together with cards, and bear stories, and shooting scrapes of early days, are freely discussed. Next evening B gathers his patrons and repairs to the whisky of A. The two whiskies are about a mile apart, and between them a nocturnal see-saw of admirable fidelity is maintained, although the two whiskies are not of the same species, one being “bushhead” and the other “golden” pronounced with a long lazy emphasis on the ‘o’.

More shingle houses are being built, one of which is to be a saloon.

“whisky soirees, of which about seven are held weekly.” – sounds a bit like lockdown 2020 🙂